8848 metres of climbing. It's an increasingly recognisable number for many riders, as being the elevation gain associated with Everesting. To quote the founding fathers of this most unusual ride, "it’s a fiendishly simple concept, and a fiendishly difficult challenge to complete. Pick any climb, anywhere in the world and ride or run repeat after grinding repeat until you have notched up 8,848m vert. In one activity."
Formerly the reserve of only the most masochistic riders, Everesting soared in popularity following Phil Gaimon's 'World Record' of 7hr 52min, set on Mountaingate Drive on 11th May of this year. Some 50 minutes faster than the previous best (set by Tobias Lestrell), this was the first time a big name of the sport had set the bar high, and so the new records started coming in.
Next up was Lachlan Morton, who came in at 7hr 29min on West Rist Canyon in Colorado, on the 20th July. A couple of weeks later, none other than 8x Grand Tour winner Alberto Contador took just 2 minutes out of Lachlan, on the Sille del Ray.
The current world record sits with Ronan McLaughlin, at 7hr 4min, set on the Mamore Gap in County Donegal, Ireland.
On Tuesday 22nd September, Max Stedman set out to become the first rider in the world to go under the 7 hour mark.

Crowcombe Hill, Somerset, was the chosen venue for Max's attempt. The full segment is 1.26km at an average 15%, with the KOM (5min 30sec) held by none other than HUNT RT rider and former National Hill Climb Champion, Andy Feather. Max chose not to use the full climb, as the slightly flatter section in the middle represented a "waste of road" (his words, not ours!)

The section that Max decided to ride was closer to 1km exactly, but omitting the flatter section meant the average gradient was likely closer to 18-19%. 58-59 reps of this were required. Not necessarily our idea of a fun day out on the bike...

After a few reps, Max had a big grin on his face and seemed at ease on the bike. After a successful training run of a half-Everest, he'd decided to up his gearing, and (for now) the 36x32 smallest gear wasn't even being used. A 54t big ring on the front meant Max could at least get a few pedal strokes in at the top on his way back down, before hitting a max speed of 101.5kmh on his way down, hammering the brakes as soon as he reached his spray-painted braking point. Somewhere around the 4th or 5th rep we received a shout.. "rolling along nicely boys!"

Fast forward a few hours, and Max was tracking around 8 minutes ahead of WR pace. His mood seemed upbeat still, but he admitted he was starting to feel leggy. To be expected when having climbed around 3500m in 40km or so. For his first 20 reps he was averaging splits of around the 7-minute mark.

Over time, Max started to look rather less chipper each time he came hurling down to the turning point, before labouring more and more on the pedals as he set off again. He'd mention back pain before asking for a gel or a bit of Soreen in a hand up, and then he was gone again. 7-minute reps became 7.30, and before long he was lapping at roughly 8 minutes. 8 became 9, and Max was in crisis. Every 2-3 reps came with a pause to climb off and stretch, and it was clear the lights were going out. The world record time quickly went from being a tall order to almost impossible, and then the British record quickly came close to the wire.

Somehow, Max then started to stabilise, and even sped up slightly. One onlooker, who happened to be a childhood friend of Max's, rushed home to grab a compact (50/34) chainset, which Eoin (Canyon dhb team mechanic) quickly fitted to Max's spare bike, and a bike swap was performed. The easier gearing instantly improved the situation, with Max able to bring his lap times down to around 8min 30-40sec.

With a truly herculean effort, Max dug deep to not only finish the ride, but end strong and claim a new British record with a confirmed time of 7 hours and 32 minutes. It wasn't what he set out for that day, but when you're that close to a rider and see them go that deep, completely crack, and then somehow bring themselves back... records pale in comparison.

"First off, like a lot of naive 24 year olds I underestimated how hard this was gonna be. I went from flying under WR pace to crawling within about 4 reps.

But with the mega support from the support crew and friends and not wanting to let them down also I would've been massively disappointed in myself. I fought on in a dark place and am super happy to have bagged the British Record at the very least from Phil Stokelane. Who I have to say is an absolute gent, and spoke to me the day before my attempt to run through his experience.

One thing's for sure, I won't be doing it again in hurry, and respect anyone who has done it! But, I'm looking forward to having another crack at the WR in the future for sure.

At least the bike and wheels, rather than my legs, ran like an absolute dream throughout.'' 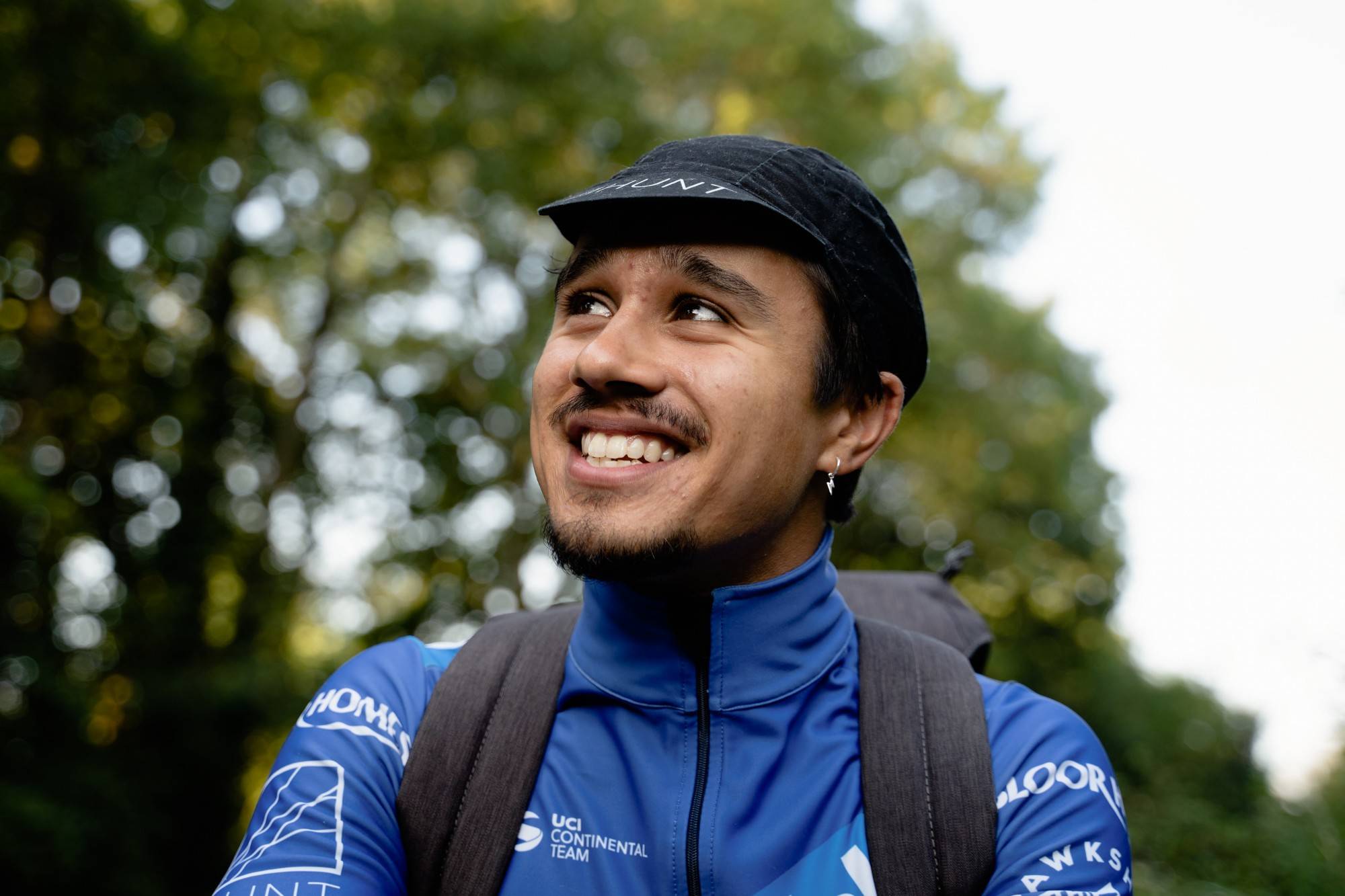 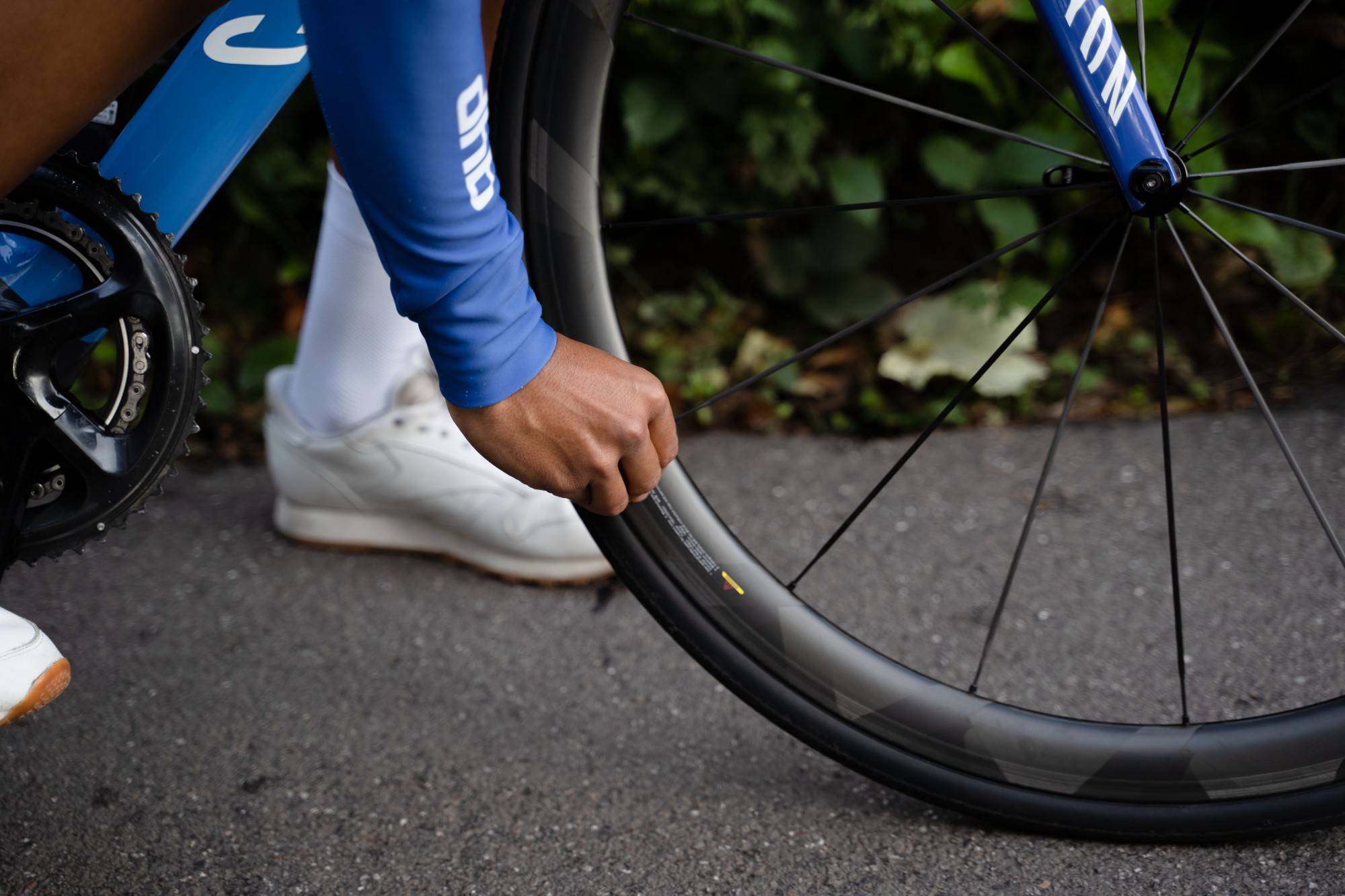 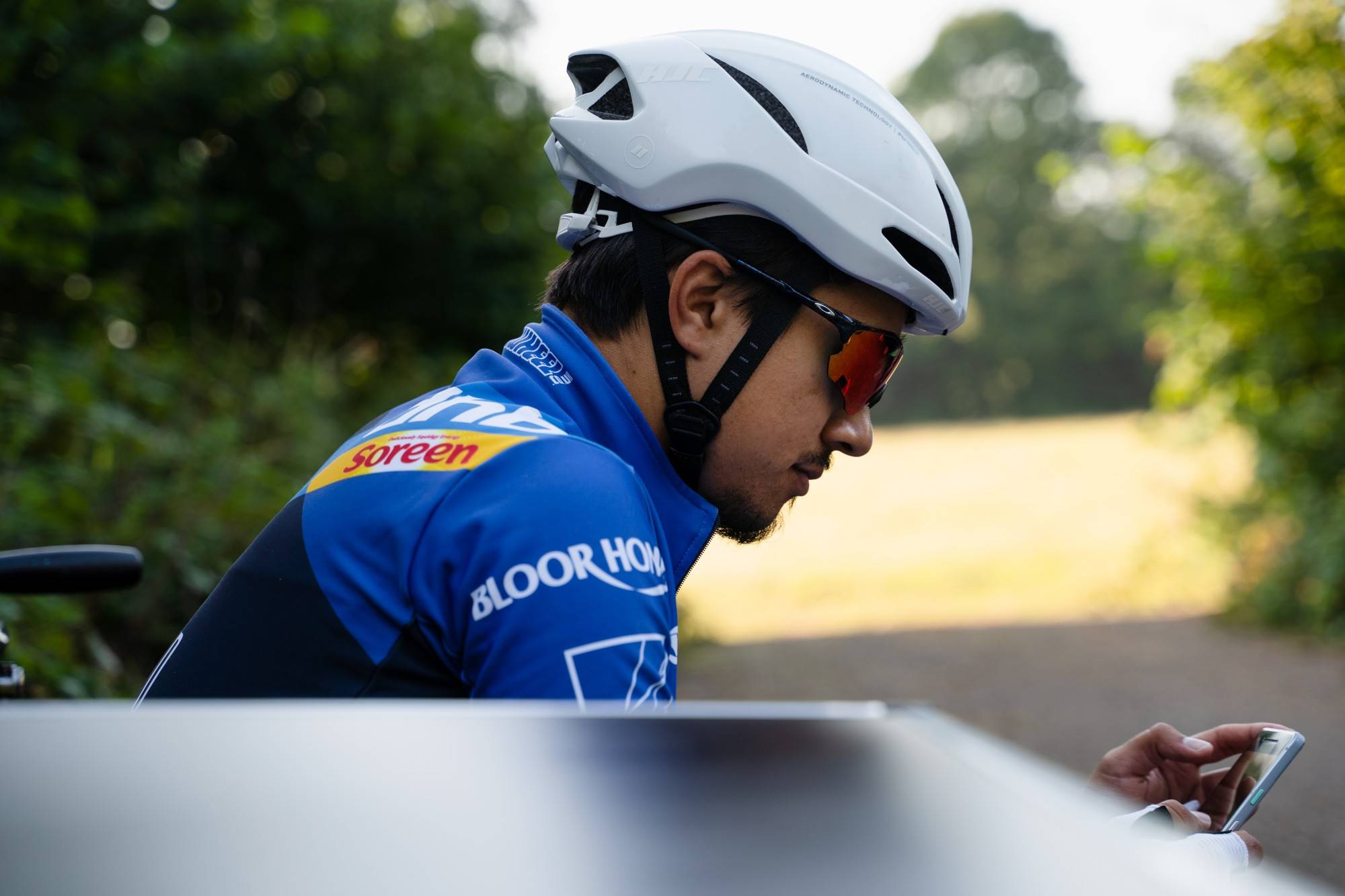 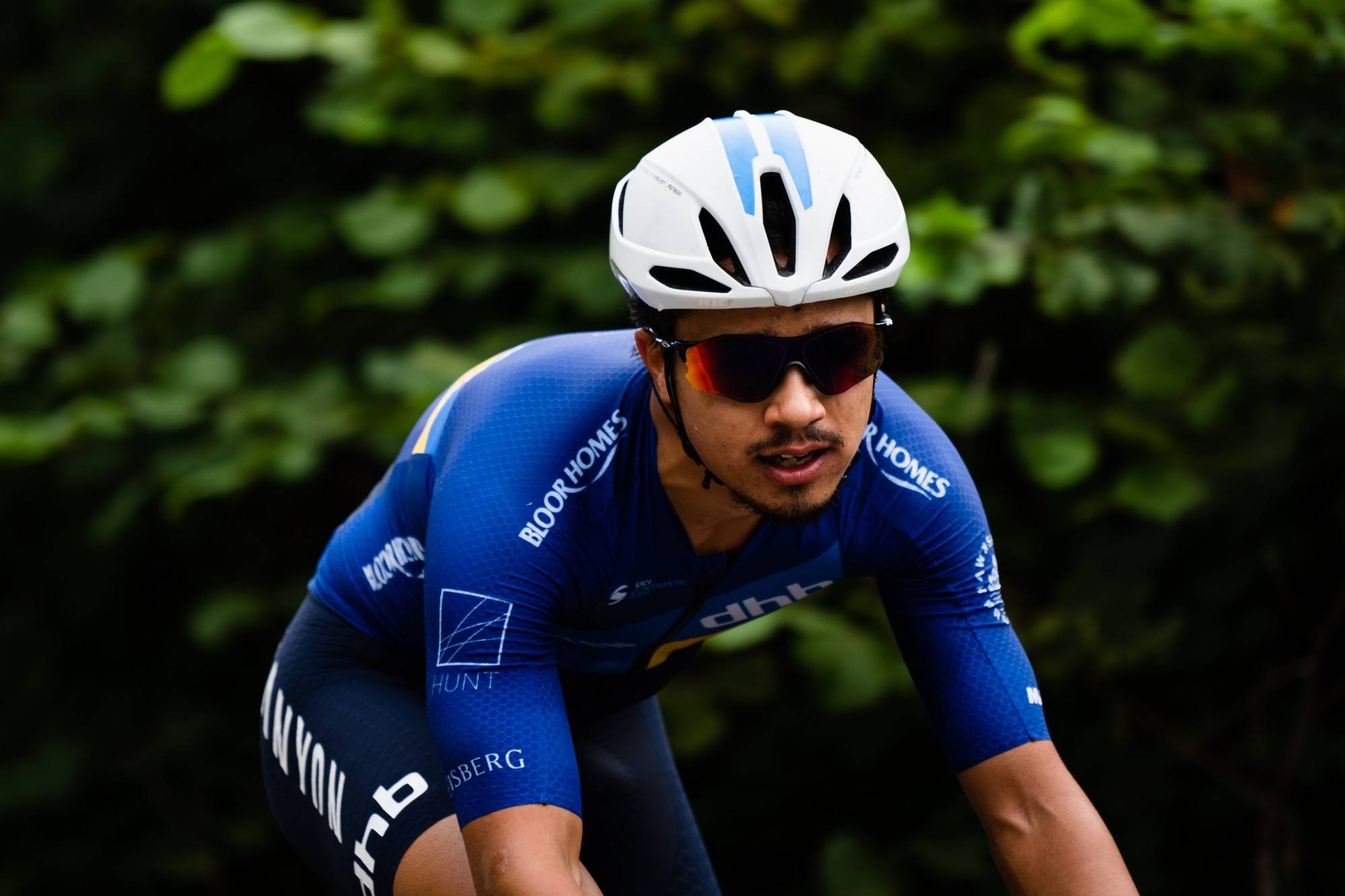 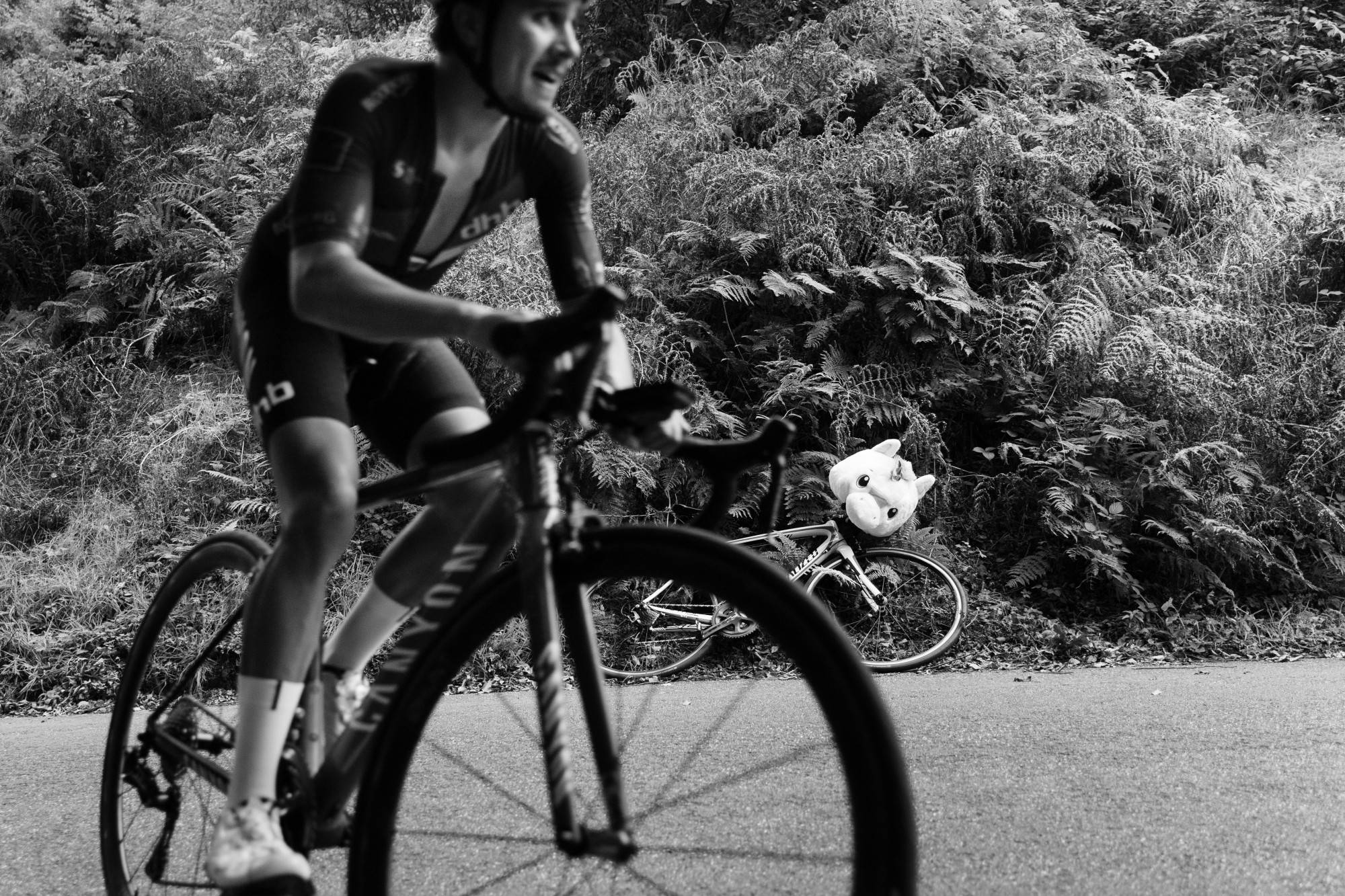 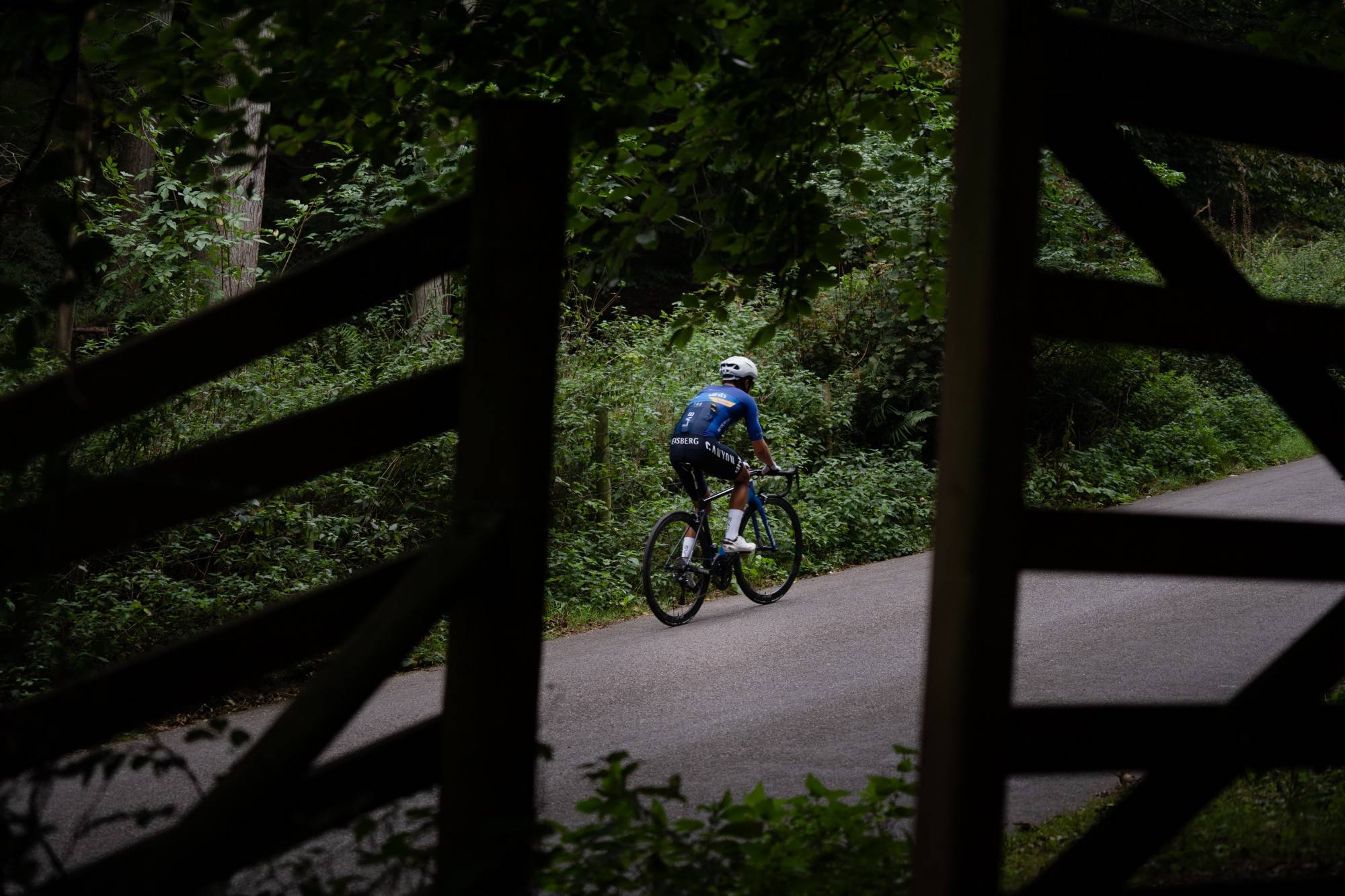 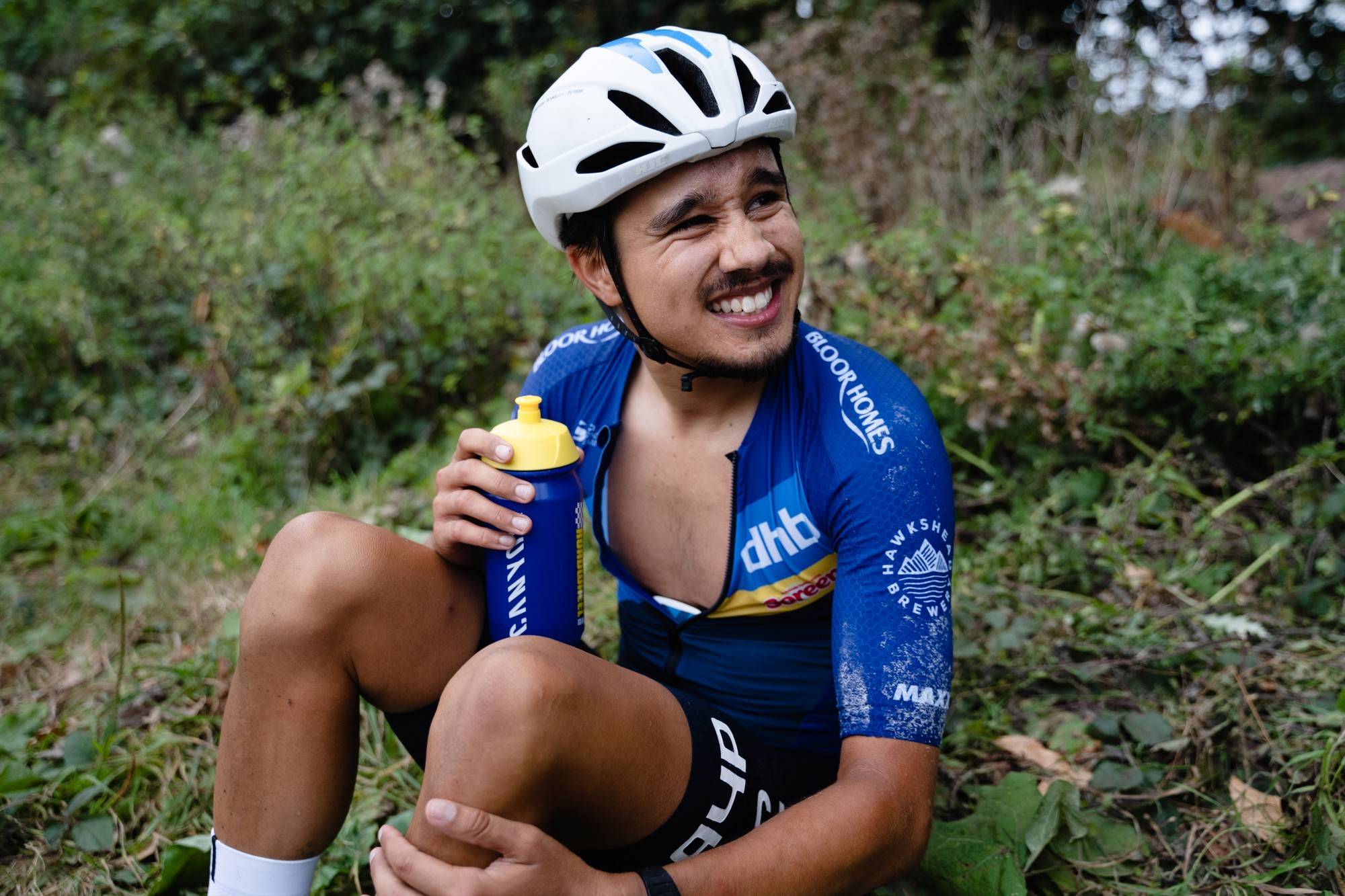 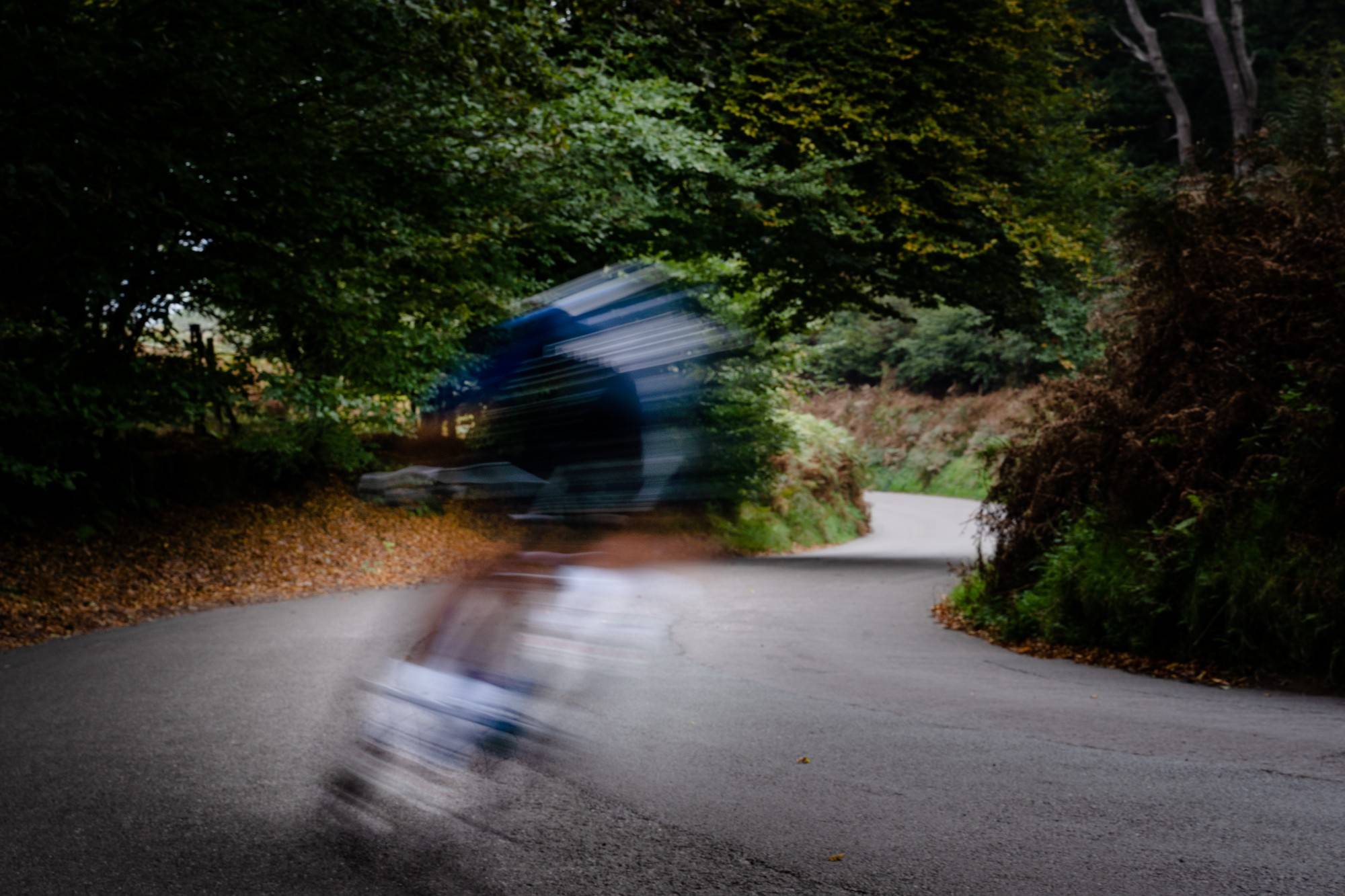 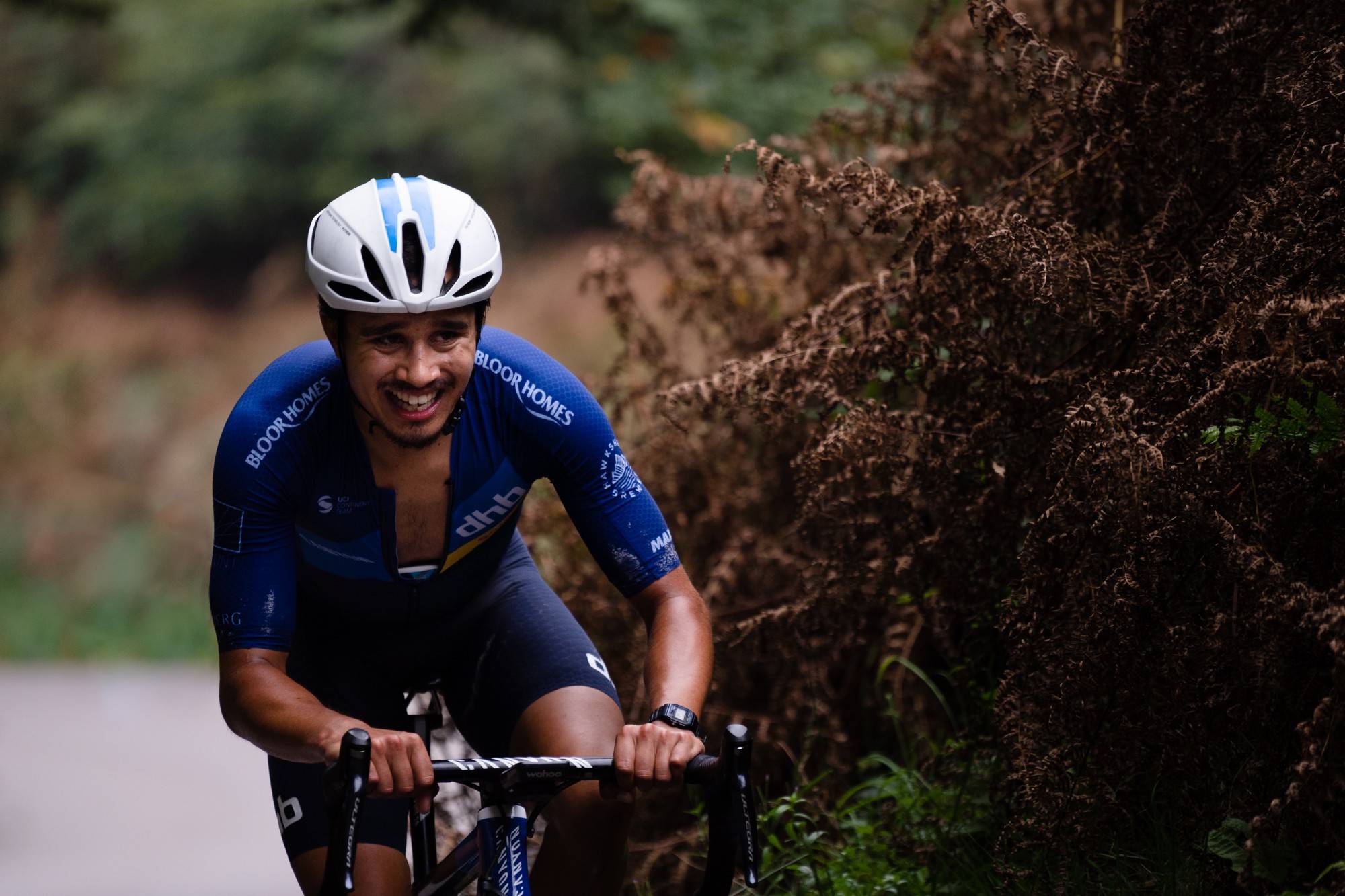 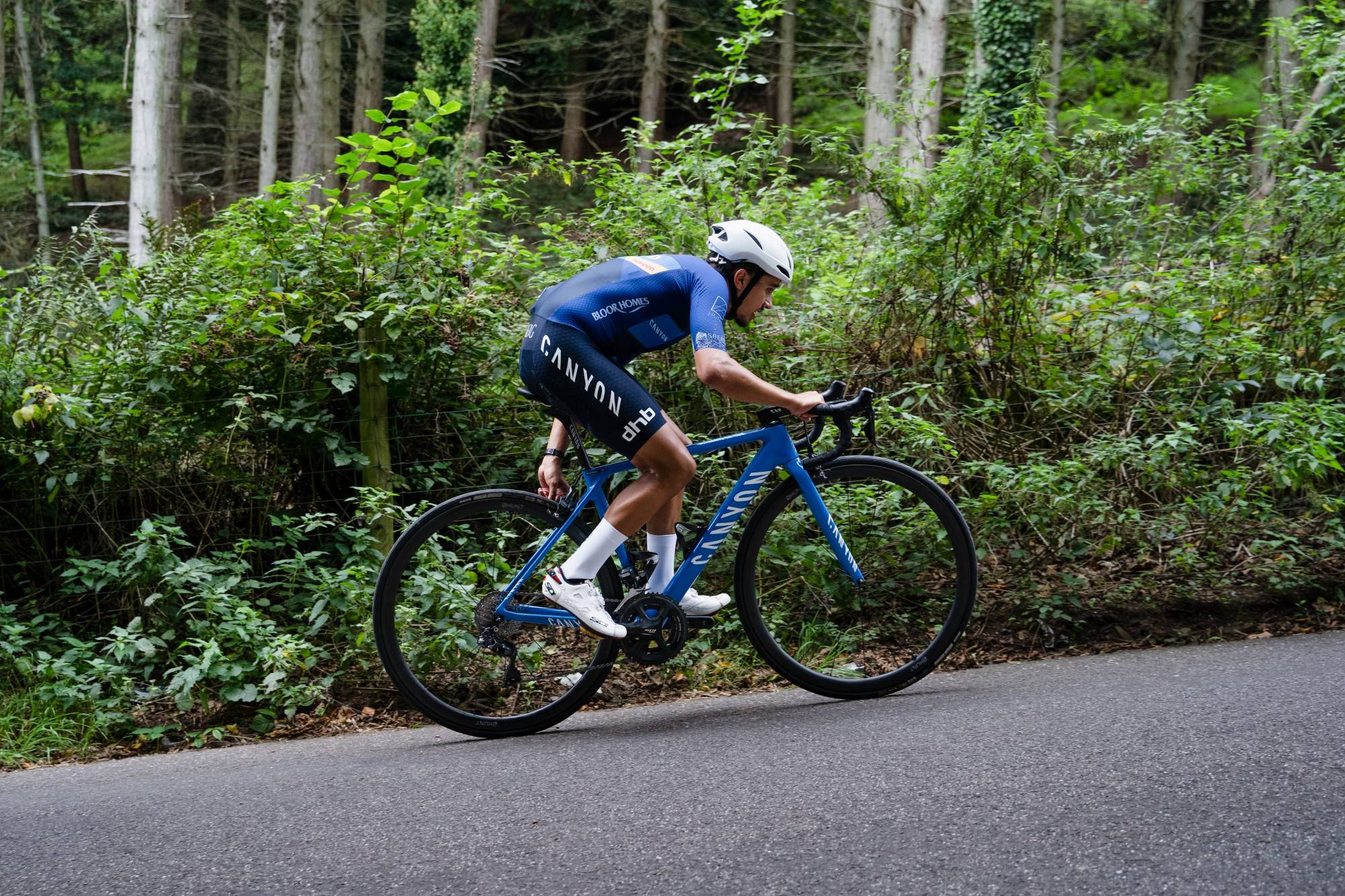 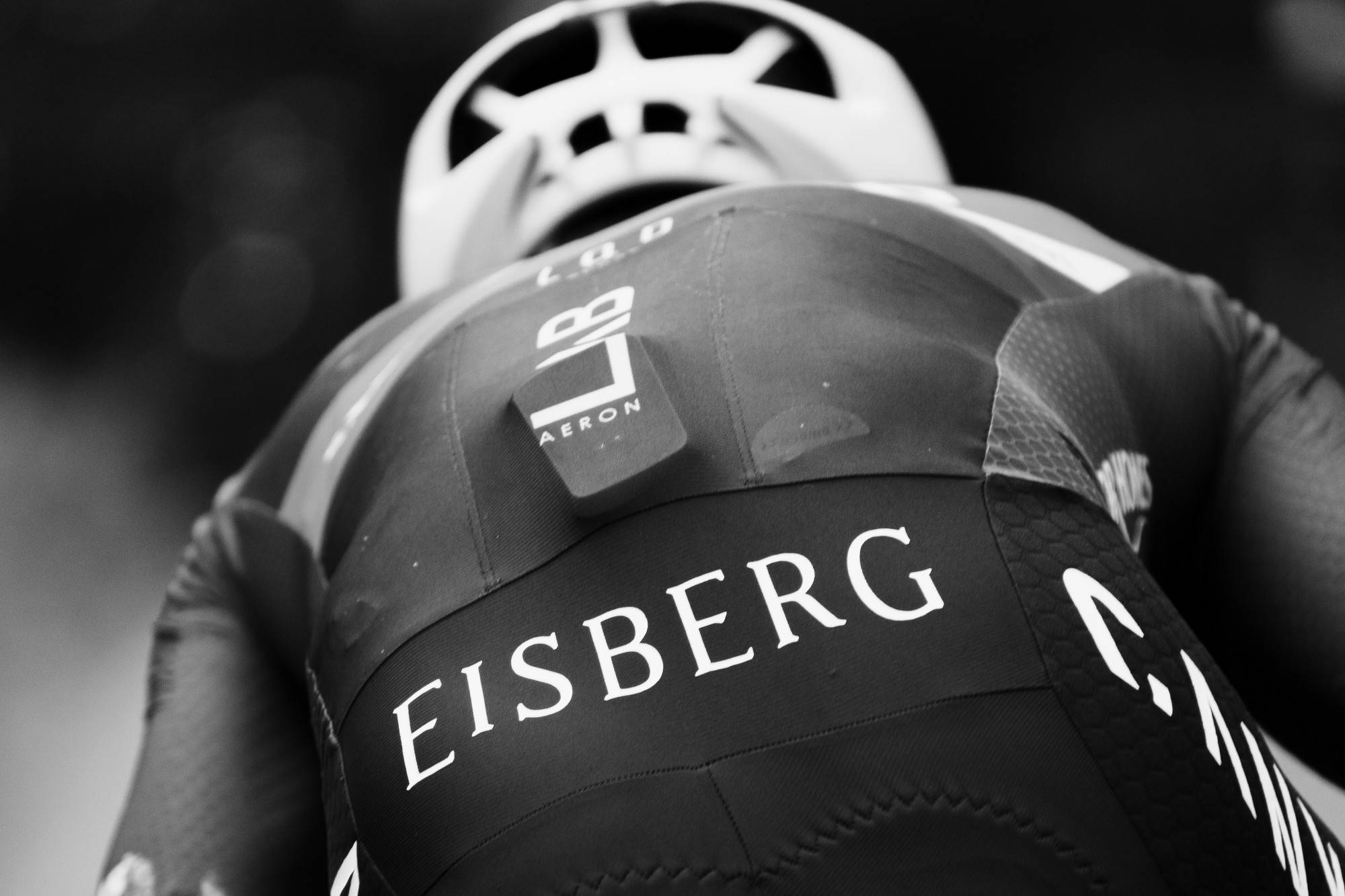 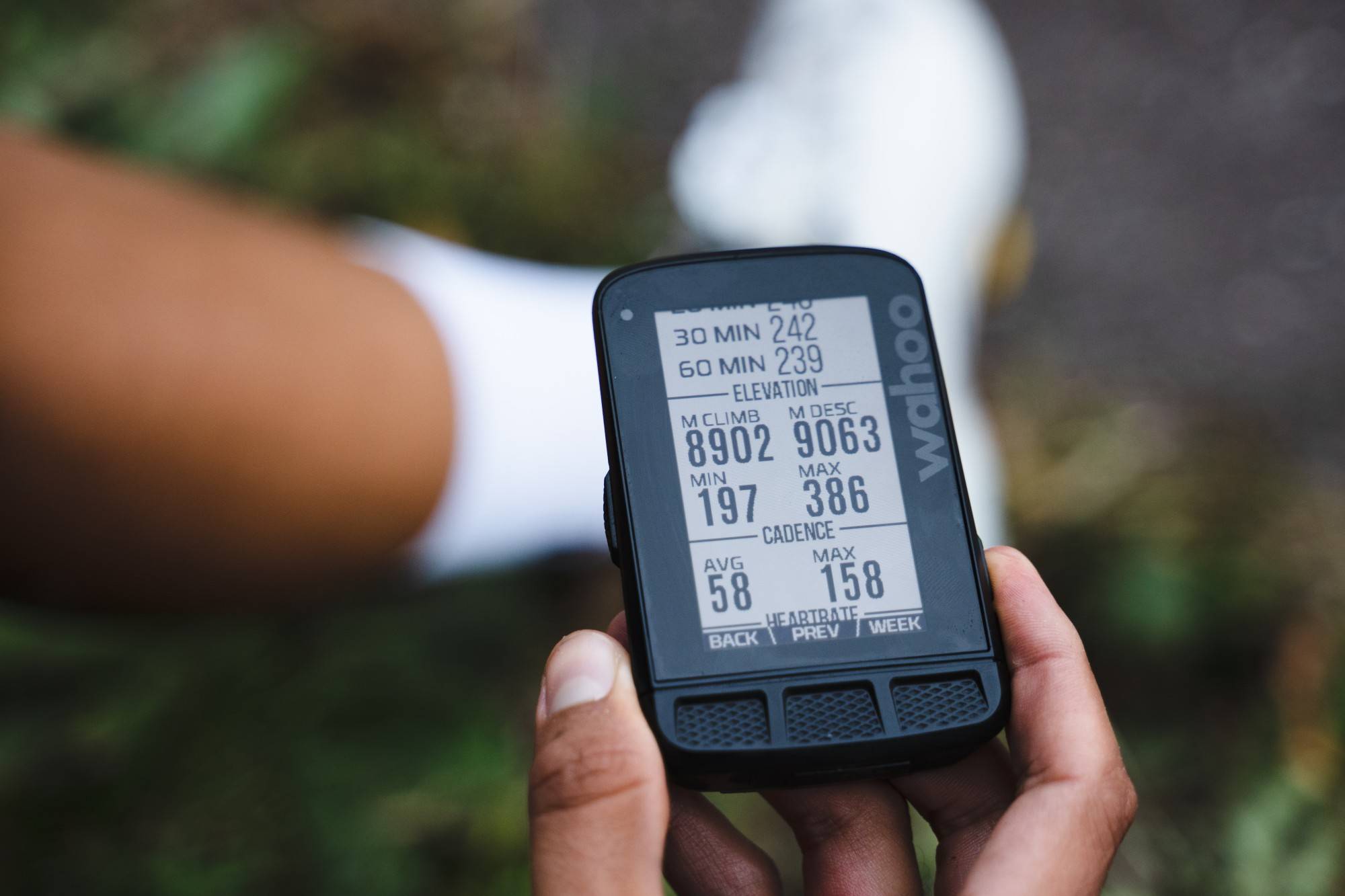 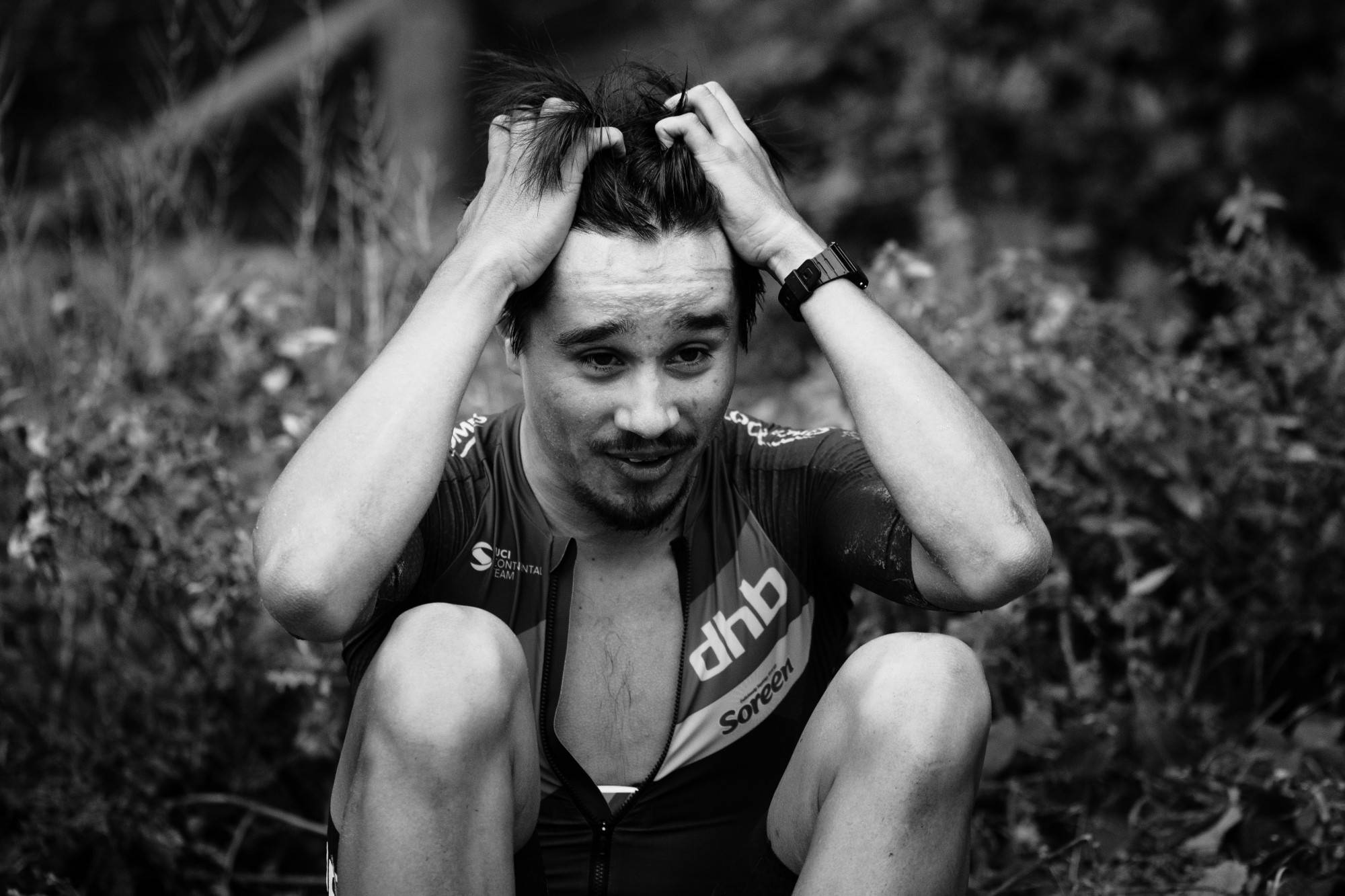 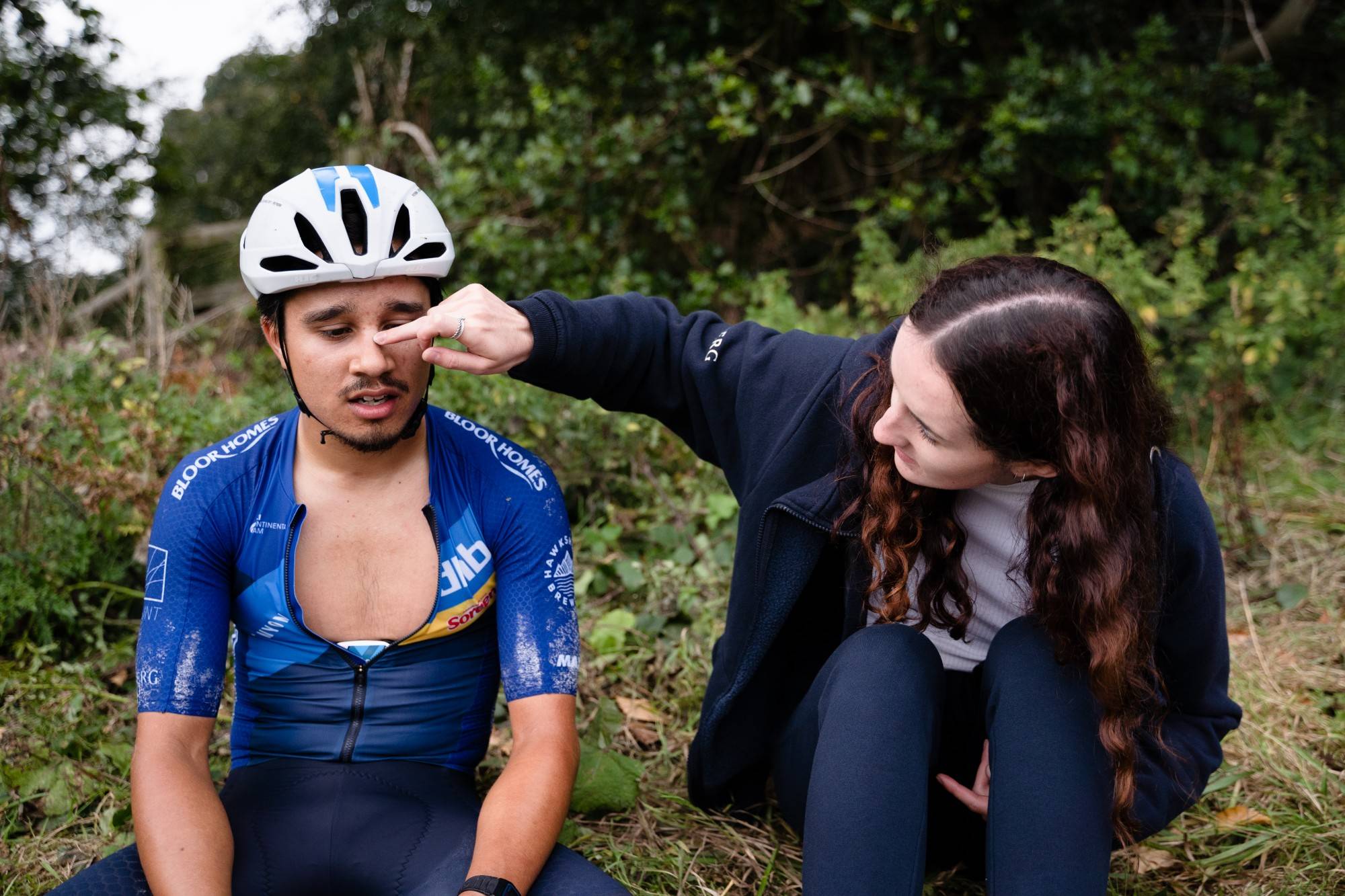 When Max got in touch to tell us about the plans he had, we were (naturally) pretty excited. The obvious choice initially was to go as light as possible - meaning using the Hill Climb SL tubular wheels at 991g. However, with 58-59 descents with Max hitting over 100kmh, choosing a wheel designed only to go UP the hill wasn't the right thing.

Step forward, the 36 UD Carbon Spoke. Using the same rim and hubs as Max's usual race wheel (36 Carbon Wide Aero), the wheels would feel similar in terms of tyre profile & grip, and would fit his bike without any adjustment needed. However, the TaperLock carbon spoke technology meant far greater pedalling efficiency in the form of a 30% increase in lateral responsiveness.

At just 1295g, they were the tool for the job. The CeramicSpeed bearings ensured there was nothing holding him back, on either the climb or the descent.