The idea for a self-sufficient Trans-Cambrian way attempt was born of frustration; cancelled races and unfulfilled goals. That one of the most difficult things last year was the lack of certainty around cycling events shows just how privileged I am. Not exactly a hardship but regardless, I had a lot of pent up energy that I didn’t want to waste on races that might not happen. So I picked a few things that I could control, one of which was completing the Trans-Cambrian Way double, self sufficiently. A relatively local yet challenging goal to put my energy towards felt like a positive start to the year.

It’s a route of just over 100 miles which winds its way between Knighton on the Welsh border to Dovey Junction station near Machynlleth on the shores of the Irish Sea. To date, no women has done the double, 200, there and back. Predominantly off road it ranges from green undulating fields, along sunken valleys and around reservoirs, to wild open spaces. It’s not very technical but a hardtail was definitely my bike of choice, for the steep hills and rocky terrain.

Something I didn’t expect was that anyone would want to do this with me, but I am blessed that the South West seems to be a mecca for strong and capable riders. Beccy Waters and Philippa Battye were up for a challenge too. The thing we didn’t quite agree on was the self-sufficiency element. 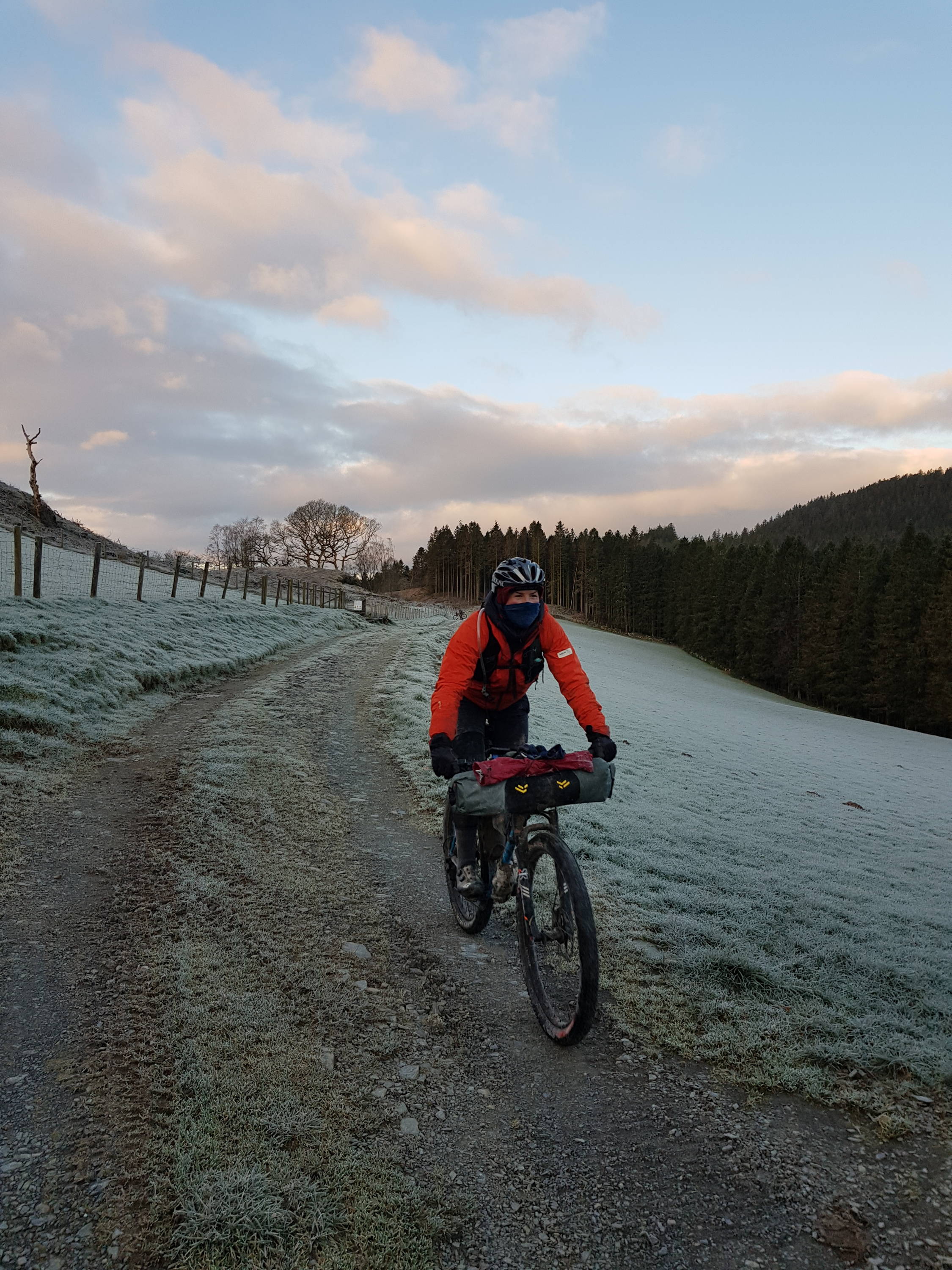 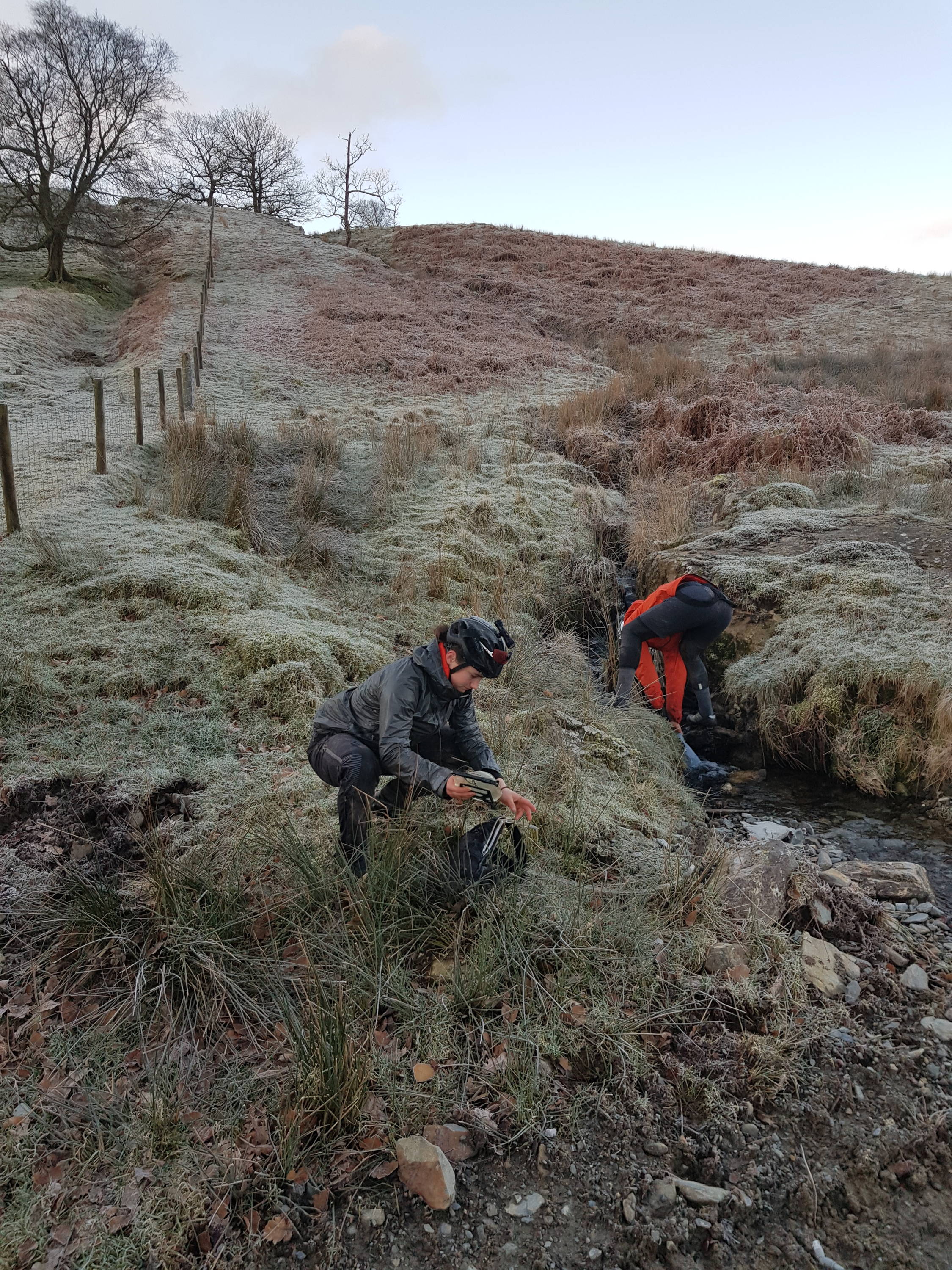 I’ve found that the idea of self-sufficiency is very niche. It doesn’t seem to make sense to anyone. Why would you deny yourself to stop and buy tasty food when it’s available? Why would you isolate yourself from interaction with local people? Why would you choose to make your bike heavier than necessary? All very valid questions, and it was hard to see my own logic as Phil asked ‘wait, why are we denying ourselves the joy of fresh cake?’.

But I still stand by the fact that it’s a really glorious feeling to not be reliant on anyone else, happy out in nature without the rising panic that supplies might be scarce or places closed or the jarring feeling of wandering around brightly lit isles filled with too much choice. We decided to each do it on our own terms, I wasn’t going to enforce rules on the others, it wasn’t a race! But fair play to them, they decided to give it a go anyway.

People often ask how I balance cycling with physio and in the lead up to this trip I really felt that there wasn’t much balance at all. It probably looked more like I was having a minor breakdown. When asked by colleagues why I was rushing off from the hospital, saying ‘I need to go to the shops to buy high calorie snacks, decant freeze dried meals and set up my dynamo wheels’ it’s not very relatable. They’re probably wondering why I haven’t picked an easier hobby.

However, once we got rolling on the route, it all made sense again. After an hour of so I could feel my brain adjusting, letting go, switching to being fully present. The joy of flying down descents and the challenge of pushing a loaded bike up steep and slippy banks, it doesn’t leave room for much else. Plus, the countryside was looking insanely beautiful in the March sunshine. New life poking up from the ground and googley eyed clumps of frogspawn staring up from the puddles. To be out in nature, is a big part of challenges like this, it felt good to be there. 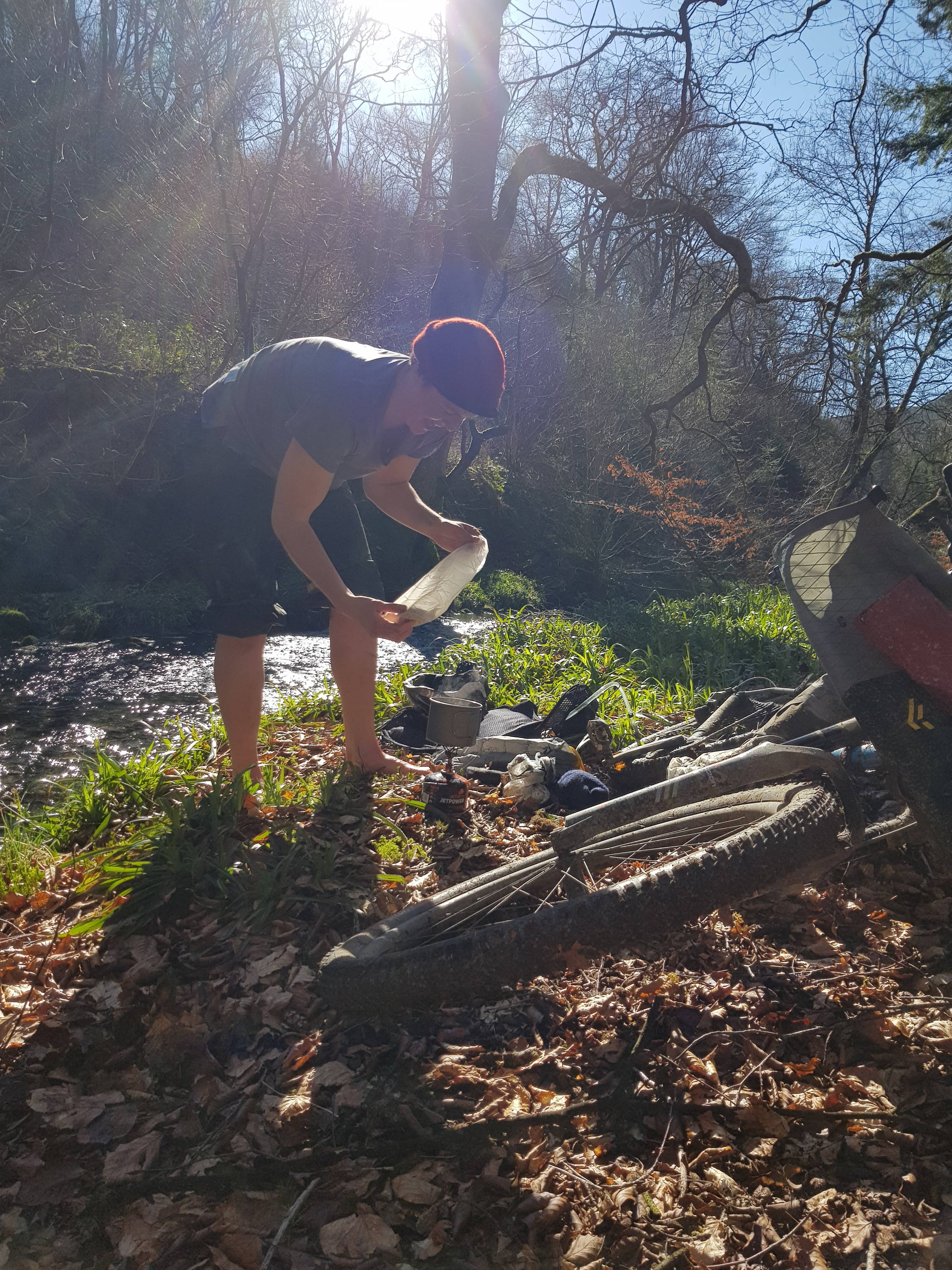 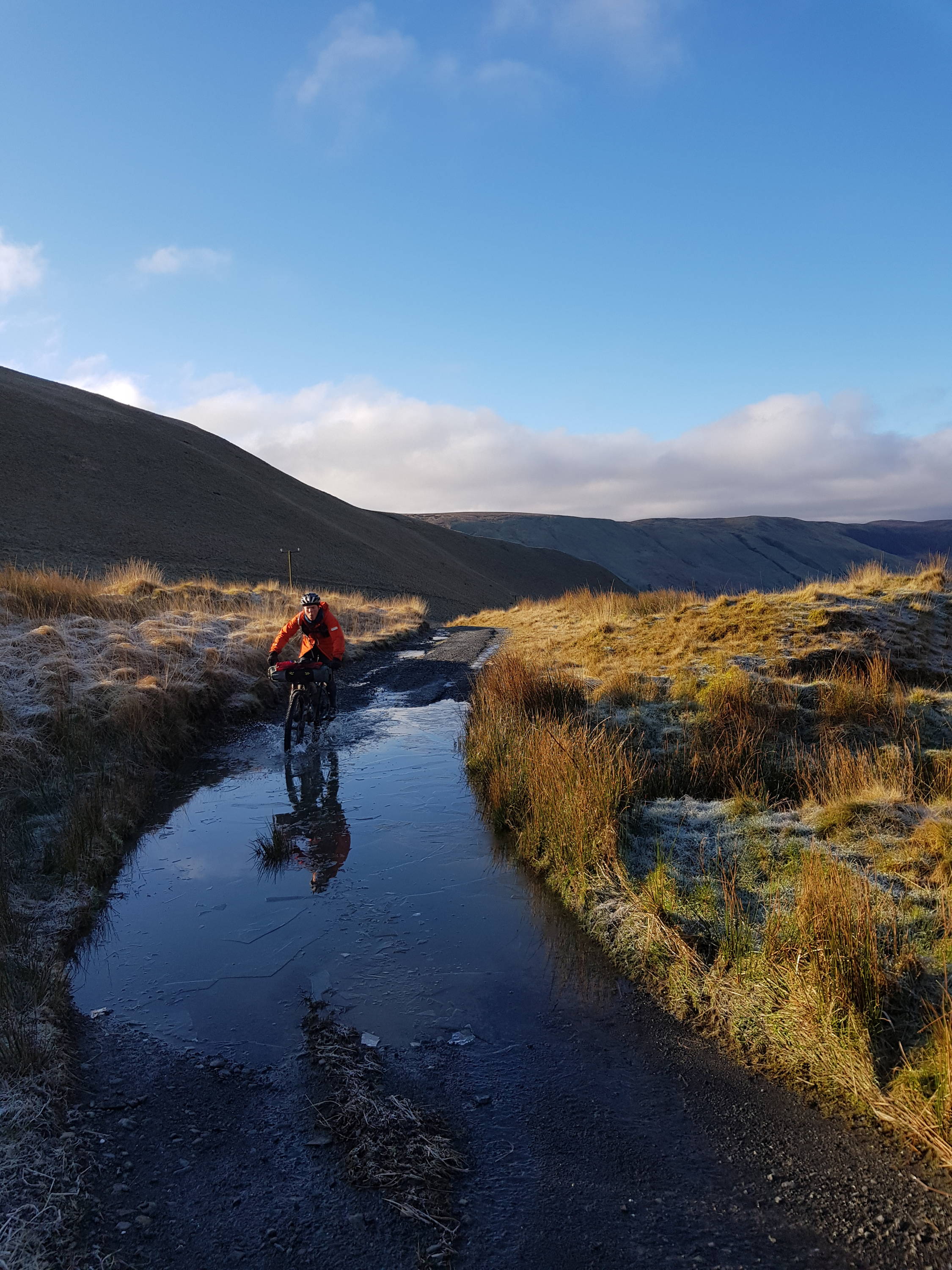 The going was slow, we’d been warned it was optimistic trying this in March, they were not wrong. The grass on the first section was more like a slippery, water slide and going uphill was very challenging indeed, not least for all the laughing we did. There were also gates aplenty and it is not exaggeration that the first 50km took us over 6 hours. It was clear that we might have to adjust our goals.

The going was slow, we’d been warned it was optimistic trying this in March, they were not wrong. The grass on the first section was more like a slippery, water slide and going uphill was very challenging indeed, not least for all the laughing we did. There were also gates aplenty and it is not exaggeration that the first 50km took us over 6 hours. It was clear that we might have to adjust our goals.

After we’d stopped for lunch, the going was easier and the route took us up the Elan Valley and along a beautiful gravel double track around a reservoir. Here we weathered a vicious hailstorm  which thankfully stopped to allow us to enjoy one of the most beautiful sunsets I’ve ever seen. We descended into the dark and started to look for a good camp spot, picking out a forest which might give us some shelter from the frost but alas, battling through the fallen trees and me sustaining a large puncture was not the smooth end to the day we’d hoped. Everything feels better when you’re in your sleeping bag eating Nutella though.

On waking in the morning the frost was thick, at -4 degrees Beccy’s rear mech was deep frozen. But the sky was clear and the sunrise was unreal. The unfiltered colours of the British mountainsides, deep blue hues of the frost and shadow contrasted with the burnt orange of bracken like ice and fire. The sharpness of the air was intense and my feet were numb with cold but as we climbed up and the sun rays hit and thawed us out it was like we were solar powered.